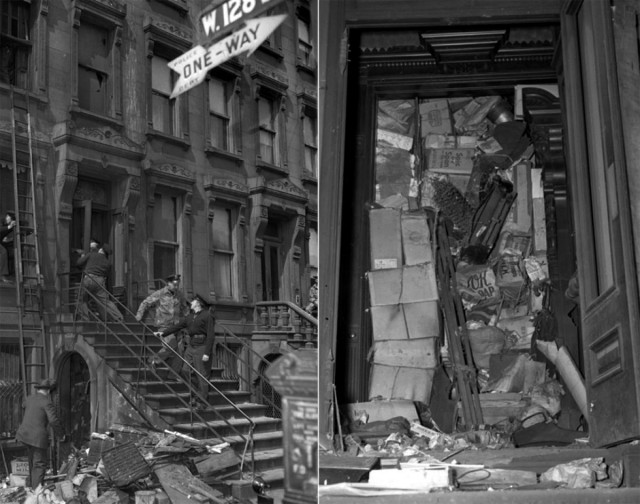 The Collyer Brothers Brownstone is an infamous Harlem brownstone that is the former home of two quirky brothers, descendants of the well-established Livingston family of New York. They became famous for their impulsive and outlandish behavior and were known to be obsessive compulsive, even hoarding books, furniture, newspapers and countless other items. The Collyer brothers were described as being hermits, rarely leaving their Manhattan home. Eventually, in the late 1940’s, they were found dead, in the now famous Harlem brownstone, amongst over 100 tons of their obsessively collected items. Since the 1960’s, the property has been used as a Pocket Park, a mini public park used as a place of leisure.