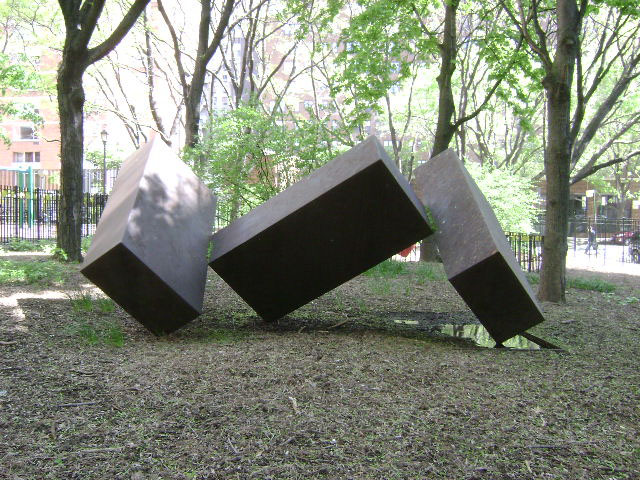 In the early 1970s Skagerrak was one of six sculptures by different artists that were donated to the City by the Association for a Better New York — an organization whose mission is to beautify and enliven public spaces. Though abstract in form, the piece derives its name from an arm of the North Sea that separates Denmark and Norway. The strict geometry involves variations of the same form in space, represents a subtle physical balancing act, and is meant to contrast with the earth-toned patina which forms on the surface of Cor-Ten steel.

The piece was first placed at the triangle just north of the Flatiron building at 23rd Street, Fifth Avenue, and Broadway, and then was deposited in a grassy area in this park. It was relocated from the historic confines of the restored Madison Square Park and integrated into a more sympathetic, naturalistic landscape in Bellevue South Park at East 28th Street.