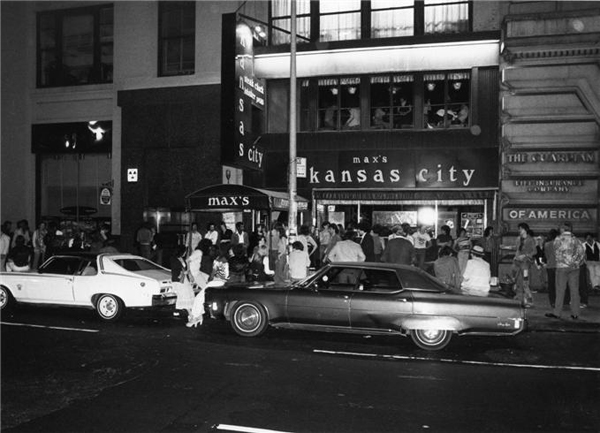 From 1965-1982, Max’s Kansas City held court in New York City as a social club and melting pot for the creative world’s most talented and revolutionary personalities. Now considered one of New York’s most important cultural landmarks, Max’s played host to and launched the careers of countless stars in art, music, and fashion…think Andy Warhol, the B-52s, Betsey Johnson, The Velvet Underground, Devo, Debbie Harry, Patti Smith John Chamberlain, Robert Raushenberg and so many more…

Considered the birthplace of punk, glam-rock and pop art the space was also where some of rock’s most raw and iconic moments took place. 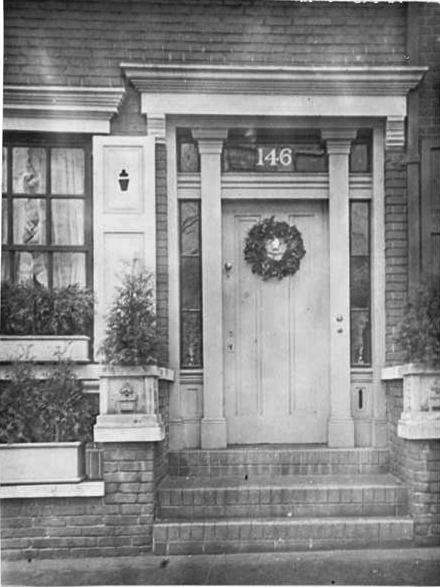 In 1910 artist George Bellows purchased the townhouse on 146 East 19th Street and used it as both his home and studio. Unlike most of the other residents on his block, Bellows didn’t renovate the pre-Civil War building. Bellows made only minor changes, installing a skylight for his studio and replacing the front brownstone steps with brick.

From his New York townhouse, Bellows created his famous depictions of harsh city life in his pieces “New York City” and “The Cliff Dwellers.” Here he also created his iconic “The Art of Boxing,” a stunning image of a boxer being thrown from the ring in the height of a match. In contrast with the realistic and harsh depictions he was known for, Bellows also painted portraits of high-society women for some extra money.

While working in his studio in 1925, Bellows was struck with appendicitis and was rushed to the hospital. Five days after his operation, the artist died at 43 years old.

In 1955, Bellows’ wife Emma sold the house to the New York Investors Mutual Group, Inc., who then converted the building into duplex apartments. 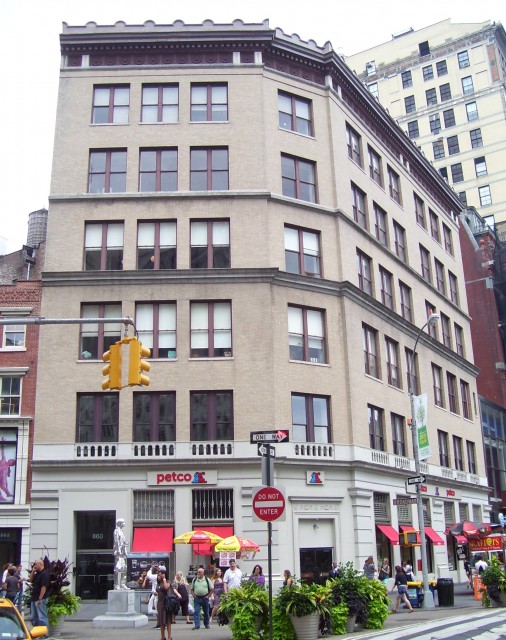 After Valerie Solanas shot Andy Warhol in 1968 at his Factory at 33 Union Square West, the artist relocated and set up a new studio in a higher security building just up the block at 860 Broadway & Union Square West in 1973. Hidden rear exits and bullet proof doors made Warhol feel safe, and ensured that he could escape attackers or obsessed fans if necessary. He remained here until 1984.

Though this move marked the “end of the 60s Factory” for many who were part of the Factory scene, Warhol created two of his most obscure and interesting projects here. The first were the Piss Paintings–canvases covered with metallic paint and urine. The urine (both his own and that of Factory guests) would oxidize the metal in the paint, creating brilliant rusted green and gold splashes. These paintings were little-known to the general public at the time of their creation.

The second of were his Time Capsules. Warhol started his Time Capsules–brown cardboard boxes which held miscellaneous items such as business cards, letters, and photographs–while he was packing up and moving out of his Factory at 33 Union Square West. Each month, he started a new capsule and dropped in anything that passed through his hands that month. They were then labeled, sealed, and stored away. Like his Piss Paintings, the Time Capsules were almost completely unknown until his death in 1987. 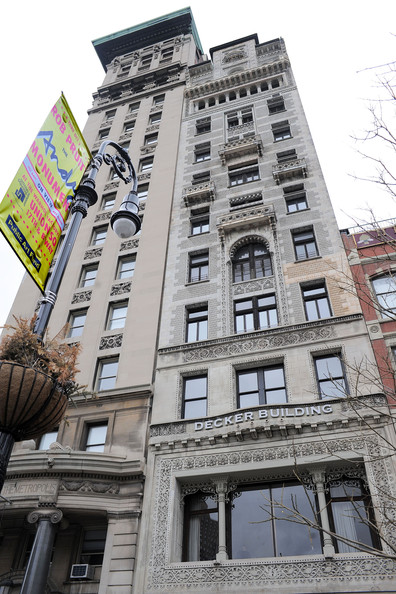 When Andy Warhol’s original Factory Building on East 47th Street was being demolished, the artist moved into the Decker Building in 1967 and set up his new Factory on the 6th floor.

Only a year after Warhol settled into his new factory, Valerie Solanas, a radical feminist writer and marginal Factory figure, shot Warhol and art critic Mario Amaya, claiming that Warhol was conspiring to steal her work after he had misplaced one of her scripts. After the incident, she turned herself into the police and served three years in prison.

Though Amaya left the hospital the same day of the shooting with minor injuries, Warhol barely survived the attack. The shooting had a profound affect on his life, and he suffered physically for the rest of his life as a result of his injuries.

After the incident, the Factory became more tightly controlled and moved to a more secure building on Broadway & Union Square West. 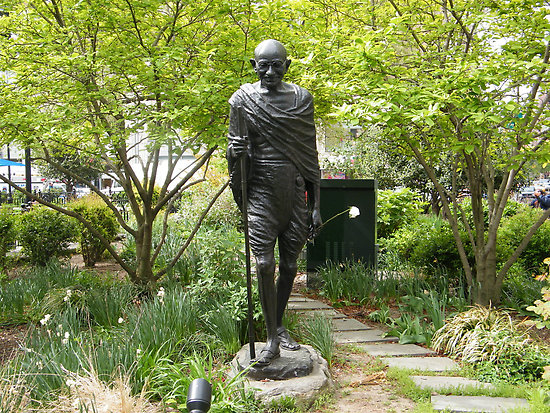 This bronze sculpture depicting Mohandas Gandhi was sculpted by Kantilal B. Patel.  After its dedication on October 2, 1986, the 117th anniversary of Gandhi’s birth, the sculpture joined monuments to Washington, Lafayette, and Lincoln in Union Square Park as a quartet of works devoted to defenders of freedom.

The monument, donated by the Gandhi Memorial International Foundation and underwritten by Mohan B. Murjani of Murjani International, Ltd., was installed at Union Square because of the tradition of protest associated with the park.  The champion of nonviolent protest and Indian independence from Britain, arguably one of the most important figures of the 20th century, is seen here grasping a staff in his right hand, looking towards a point on the horizon, and walking forward.  Clad in sandals and a cotton dhoti, Gandhi’s dress illustrates his Hindu asceticism as well as his support for Indian industries.  After its installation the monument became an instant pilgrimage site, with an annual ceremony taking place on Gandhi’s birthday, October 2.