Art. Vandalism. Blight. Freedom. Crime. Creativity. Graffiti has divided New Yorkers since it first appeared on walls, signs and lampposts in the late 1960s. Its ascent paralleled the city’s sunken financial fortunes, allowing simple markings to evolve into elaborate pieces of art. The only problem? The best examples were on the sides of subway cars which the city promptly attempted to eradicate, their attempts thwarted by clever, creative artists and a downtown culture that was slowly embracing graffiti as New York City’s defining art form. This is a history of the battle between graffiti and City Hall. And a look at the aftermath which spawned today’s tough city laws and a warehouse space in Queens called 5Pointz, where graffiti masterpieces thrive in abundance today.

Come fly with us through a history of New York City’s largest airport, once known as Idlewild (for a former golf course) and called John F. Kennedy International Airport since 1964. Mayor Fiorello LaGuardia wanted a new and improved facility to relieve the pressure from that other Queens airport (you know, the one with his name on it), but a greater challenge faced developers of the Jamaica Bay project — the coming of the jet age and the growth of commercial travel. The solution for Idlewild was truly unique — a series of vastly different and striking-looking terminals assigned to individual airlines. This arrangement certainly had its critics, but it has provided New York with some of the most inventive architecture found within its borders.

From stained glass to zodiac sculptures, from the out-of-this-world dramatics of the Pan Am WorldPort to the strangely lifting concrete masterpiece by Eero Saarinen, we take you on a tour of the original ’60s terminals and the airport’s peculiar history. With guest appearances by Robert Moses, Martin Scorsese, the Beatles and a pretty awesome dog named Brandy. 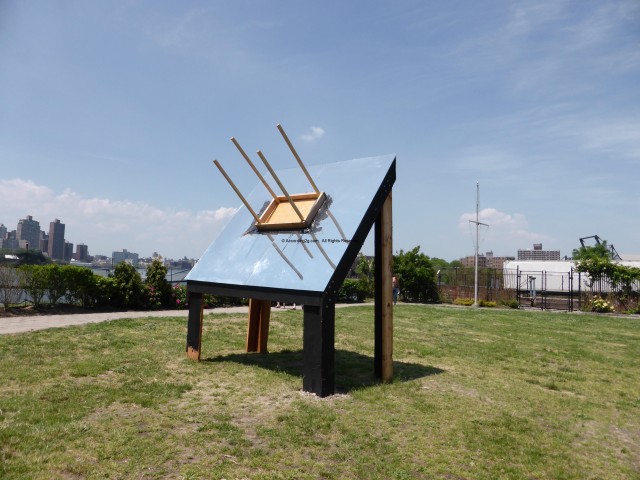 The Socrates Sculpture Park is an outdoor museum and public park in the Astoria neighborhood of Queens. The park was founded by American sculptor, Mark di Suvero in 1986. It sits atop what was once a landfill and illegal dumpsite. In 1998, after the park’s temporary lease had expired, a developer attempted to buy the four-acre space and use it as the location for a new luxury apartment project. The developer’s plan fell through when New York City Mayor, Rudy Giuliani, granted the space permanent city park status. It is now a much sought after exhibition spot for local and international artists. 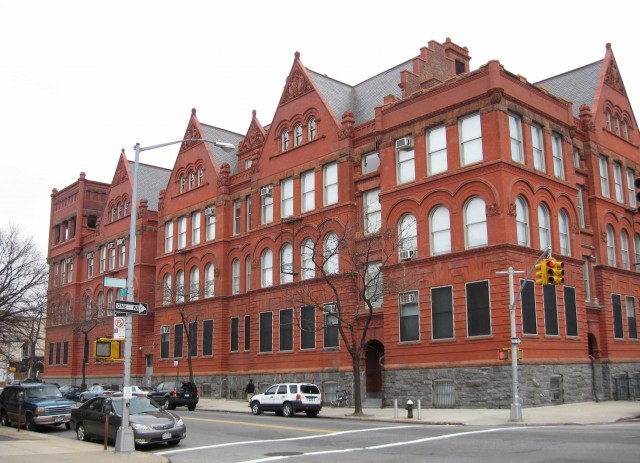 PS1 is a branch of MOMA, the Museum of Modern Art, that is dedicated exclusively to contemporary art. It is located in the Long Island City neighborhood of Queens, inside of a former public school. PS1 was founded in 1971 with a mission to revitalize abandoned buildings and use them as artist studios and exhibition spaces. In 2012, the space was used as a temporary shelter for displaced residents during Hurricane Sandy. 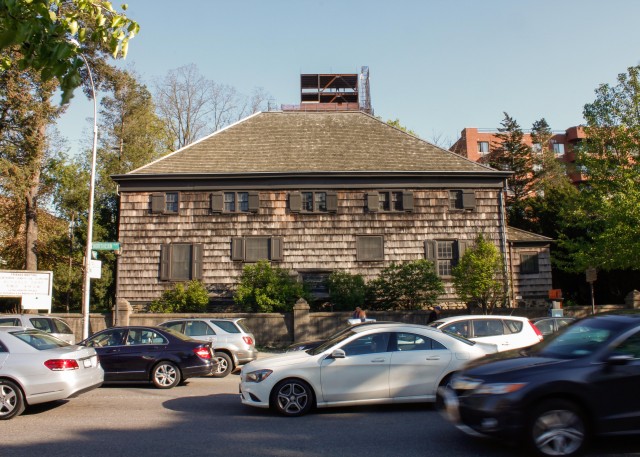 The Old Quaker Meeting House is located in the Flushing Neighborhood of Queens. Built in 1694, it is still used as a Quaker place of worship. During the Revolutionary War, the house was taken over by the Royal Army and used as a barracks, prison and hospital for soldiers. A graveyard, consisting of hundreds of unmarked graves, is also part of the original property. 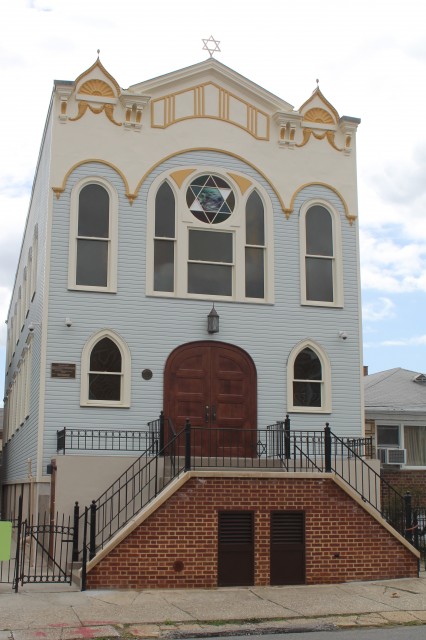 Congregation Tifereth Israel, or Splendor of Israel, is an Orthodox synagogue founded by Ashkenazi Jews in 1911 in the Corona neighborhood of Queens. Due to a changing and aging Jewish population, the synagogue steadily deteriorated. In 2010, the New York Landmarks Conservancy began a $1.5 million dollar restoration. The Tifereth Israel building is the oldest structure built as a Synagogue in Queens. 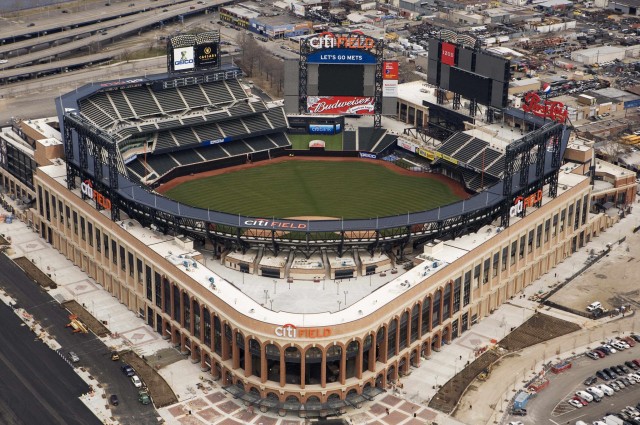 Citi Field is the new home of the the major league baseball team, the New York Mets. Located in the borough of Queens, it was completed in 2009 as the replacement for the Mets former home, Shea Stadium. The new stadium cost $610 million to complete and will be the home of the Mets until at least 2049. The park is known for its beautiful architecture, especially the Jackie Robinson rotunda. 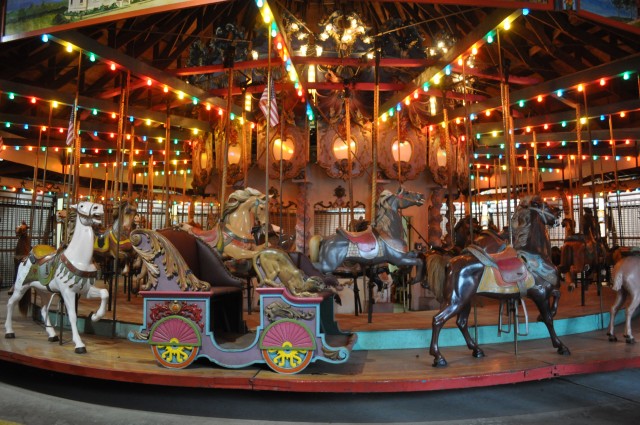 The Forest Park Carousel was originally built in Dracut, Massachusetts and moved to Queens in the 1970’s. It was sent to its present location after the previous carousel was destroyed by a fire. The present day Forest Park Carousel was carved out of wood by artist Daniel Muller, a German immigrant. The playful structure, which still houses the original band organ, was listed on the national Register of Historic Places in 2004.

The 59th St. Bridge or Queensboro bridge stretches high above the East River and connects the Queens neighborhood of Long Island City to the island of Manhattan. Development for a bridge to connect Queens to Manhattan began as early as 1903 and the bridge was finally finished in 1909. Completion of the Queensborough bridge cost around 18 million dollars and 50 people died in its construction.. Simon and Garfunkel’s, “The 59th Street Bridge Song (Feelin’ Groovy)” was written about the Queensborough Bridge. In 2011 it was officially renamed after former New York City Mayor Ed Koch.

The Louis Armstrong house was home to famous New Orleans born jazz trumpeter Louis Armstrong and his wife until 1971. The house is now a museum filled withbooks, recordings and other archives made available to the public for research. The Louis Armstrong House and Museum also puts on concerts and educational events in memory of its famous owner. It is both a New York City and National Historical landmark. 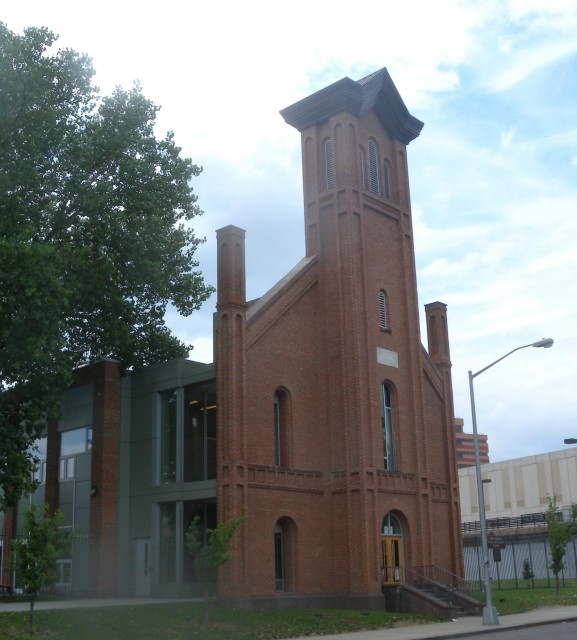 St. Monica’s is a former Roman Catholic Church located in Jamaica, Queens. Built in the 1856, the Romanesque revival style building was constructed by a master mason and is one of the only surviving examples of early Romanesque architecture. Over the years, the building has been the victim of severe neglect and vandalism. Although tagged for demolition in the 1970s, the building was saved and eventually added to both the New York City Landmarks Preservation Commision and National Register of Historic Places in 1980. In 2003, the building was repurposed as a child care center as part of York College.